When it comes to a fan favorite, Engine Power knew that nothing would satisfy the fans more than turbocharging the wildly popular Ford 300. Indestructible, reliable, and workhorse are some of the most common adjectives used to describe it, so achieving 500 horsepower was quite the accomplishment.

In its naturally aspirated form, Engine Power polished the factory crankshaft, used stock connecting rods with upgraded ARP rod bolts, a torque plate from SAM Tech with honed cylinder bores and ARP Head Studs for 4.050″ pistons. The crankshaft is held in with ARP Main Bolts, and it had a custom COMP Cams hydraulic flat tappet camshaft with 230°/236° of duration at .050″ lift with .523″ of valve lift and a 110° lobe separation angle. The camshaft was installed with an intake centerline of 104°, 6° advanced.

In its turbocharged form, the header was swapped out for a set of later model year EFI split exhaust manifolds. The guys then cut out 2 1/4″ stainless piping and welded it to a Vibrant Performance two-in-one merge collector with 2 1/4″ inlets and a three-inch outlet from Summit Racing. They also used Earl’s Plumbing fittings and lines to feed oil to the turbocharger. Instead of draining it back to the oil pan, it returned to the fuel pump block-off plate.

What was the result of all of this? A staggering 522 horsepower and 597-pound-feet of torque, which is a substantial increase over its stock output, and nothing you’d expect out of the workhorse. It was one of our favorite and most satisfying projects to date, and certainly earned “legendary” status. It’ll live online forever as an accomplishment achieved by none other than Engine Power. 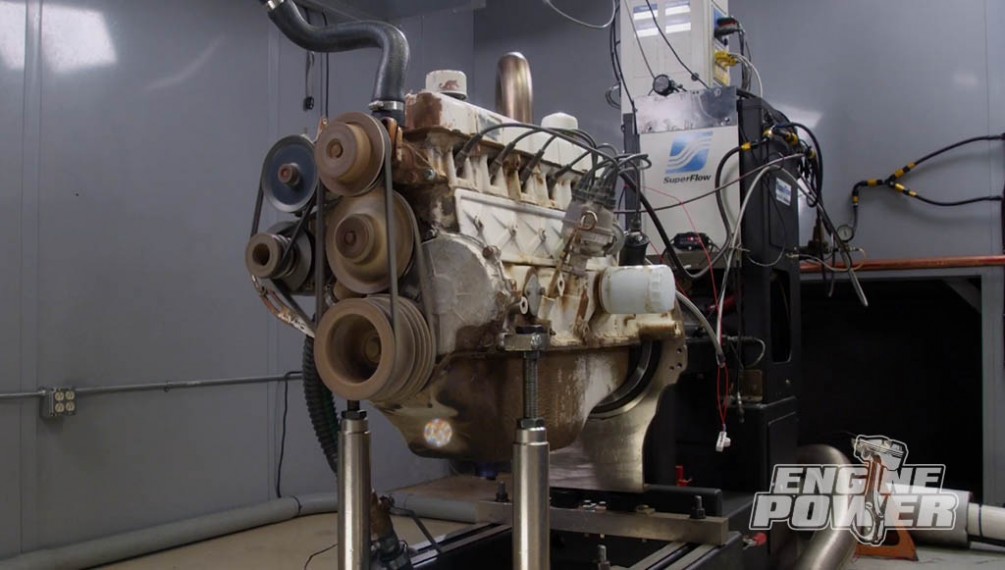 Will the Ford 300 Inline Six Start After Sitting for 20 Years?
From freeway to farmyard, this rugged straight six was everywhere! It’s the subject of our latest build.
Season 7, Episode 14

Ford 300 Inline Six Gets Eye-Popping Off-The-Shelf Power
Even after 45 years, our antique Ford engine still runs.  And after some needed upgrades, it will run like a champ!
Season 7, Episode 17

Full-Tilt Build On Our Ford 300 Inline 6 For Serious Power Gains
The six-cylinder Ford’s dyno numbers keep climbing as we give it major cam, piston, and cylinder head upgrades.
Season 8, Episode 3 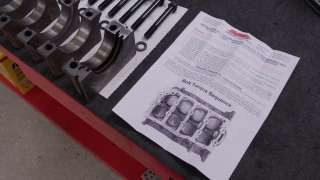 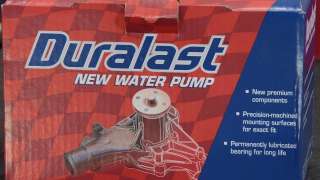 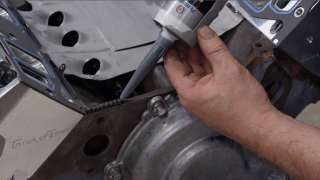 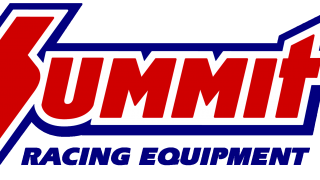