Detroit Muscle takes a trip back to the 80s with a clean 1985 Buick Regal and transformed it into a fan favorite known as the “Street Regal.” The Grand National Tribute project started out as a friendly competition between Marc and Tommy to find out who could build the best eighties ladies. It slowly turned into an old fashioned competitive build-off.

The Buick needed some help to move away from being a Grandma car. The first step was developing a new street rod chassis for the G-Body, which took quite a bit of work to achieve but made it the unique piece of art it is today.

They followed this up with a 525-horsepower Connect and Cruise engine & transmission, new intake, and fuel injection system. The car was painted with Summit “On Fire” metallic paint for that unique look. Looks can be deceiving though, and this classy car can blend in on the road, but it’s also one nasty customer on the track. 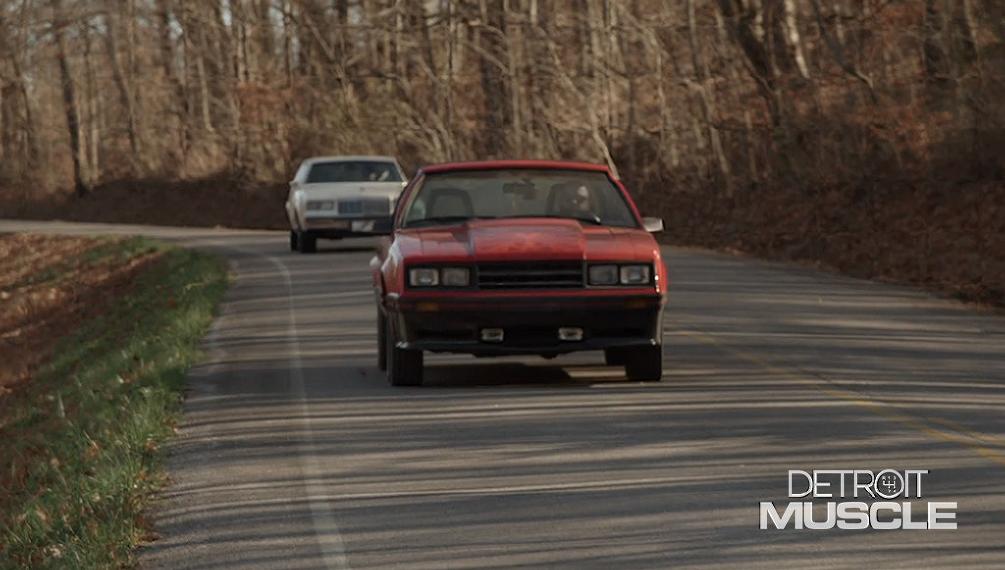 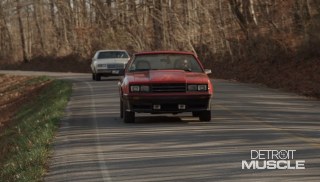 85 Buick Regal Goes Up Against An 81 Ford Mustang Cobra In a Build-Off
The Detroit Muscle guys each choose an iconic 80's era car to build for a shootout later in the season. One gets a rendering made, the other goes to a chassis shop.
Season 5, Episode 4 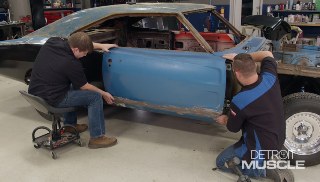 1969 Dodge Charger Gets Sheet Metal Wrapped Up
After a whirlwind trip through Alabama to address some Buick seats, Tommy joins Marc in getting the sheet metal wrapped up on Hard Charger, their 1969 Dodge Charger.
Season 5, Episode 8 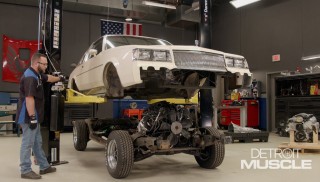 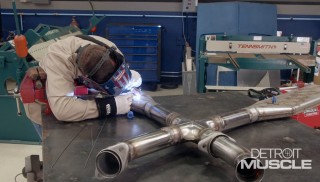 Installing a NASCAR Style Exhaust System on a Foxbody Mustang
Our Mustang Cobra Project Sydewinder gets its aggressive exhaust system and we work on Project Street Regal for larger rear tires.
Season 6, Episode 2 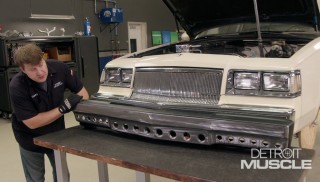 Fabricating a Buick Regal Custom Bumper
We add some GNX body panels to our ’85 Buick Regal. We clean up and update a set of old Camaro/Nova wheels with fresh paint and trim pieces.
Season 6, Episode 3 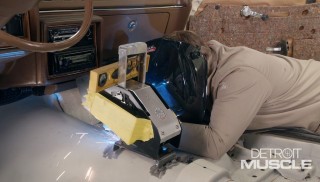 Installing a Cooling and Fuel System in a Cobra Foxbody
Our ’81 Mustang Cobra gets fuel and cooling systems and Project Street Regal gets some upgrades to its dated interior.
Season 6, Episode 4 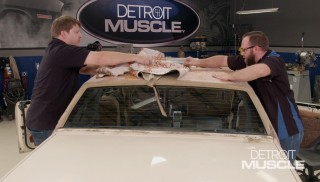 Adding an Air Splitter on a Mustang Cobra Foxbody
Project Street Regal has it's dated vinyl top removed and we add some goodies to the front of our Mustang Project Sydewinder
Season 6, Episode 5 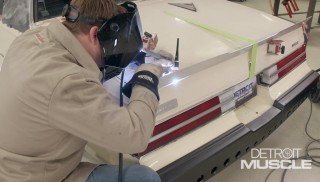 Fabricating an Aggressive Rear Spoiler for a Buick Regal
Our '85 Buick gets a new spoiler to help keep the rear on the ground. Plus, HEMI fans get a treat to a visit at Arrington Performance.
Season 6, Episode 7

Custom Race Inspired Fuel System for a Buick Regal
With a nod to the Grand National we’re giving our Buick Regal more Go Go. Fabricating a race inspired fuel system gets us one step closer to our '85 Buick Regal launch.
Season 7, Episode 6

Tips for Custom Brake Lines and Hoses
All of the mechanical and electrical systems are getting buttoned up on our '85 Buick Street Regal. That includes tips and techniques for custom hoses and brake lines.
Season 7, Episode 9

Grandma's Beige Buick Regal Gets a Splash of Color
The '85 Buick is ready for some fit and finish with body work and candy paint.
Season 7, Episode 11

G-Body Buck Regal Build, Checking Glass and Trim Off the List
Tommy and Marc give us some tips on painting trim and glass installation before our '85 Buick gets a new interior. Plus a Chevelle owner in need of a little rescuing.
Season 7, Episode 19

Out With the Noise, In With the Comfort: Buick Regal Soundproofing
We show you a few tips on wiring up your next project, then we sound proof the interior on our '85 Buick . Plus we take a stroll through some backwoods in search of some Detroit Treasures
Season 7, Episode 21

Style and Speed: Rebuilt Buick Regal Gbody Unleases on the Street
Street Regal gets an updated custom interior to complement it' custom paint and we take her out on the town putting it through the paces seeing what she is made of.
Season 7, Episode 22 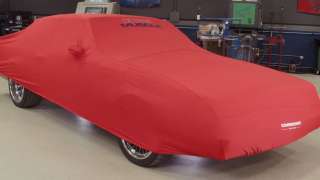 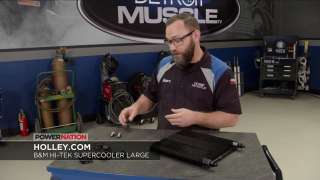 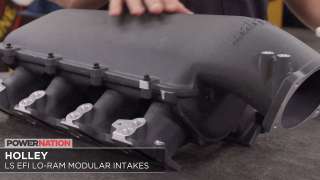 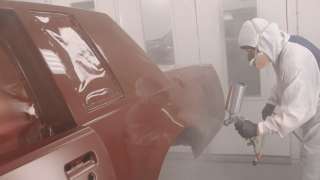 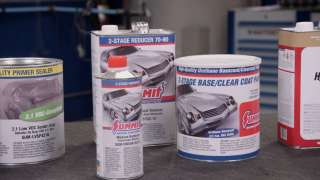 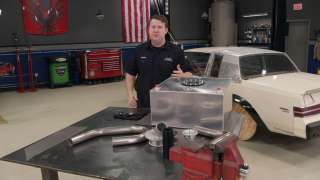