In case you haven’t heard yet, the Ford F-150 Lightning is one of the most in-demand vehicles of the year. It is such a hot ticket item that the automaker announced it was completely sold out of the debut 2022 model.

Ford even had to inform prospective customers on their website that, “due to high demand, the current model year is no longer available for retail order.”

So in order to get your hands on one of these trucks you will either need to pay a little more for a display model, and/or some luck. In the case for Michael Bonner, a teacher from Atlanta, it was the latter.

Michael is so passionate about being an elementary school teacher that he was previously featured on Ellen with his students in an educational music video with Big Sean, Ice Cube, and Lin-Manuel Miranda.

To reward him for his service as a teacher, he was invited back to the Ellen show to participate in a game of Blindfolded Musical Chairs. Of course, everyone except Michael knew what was really going on.

As soon as the doors opened, Michael was surprised with a new 2022 F-150 Lightning. This followed Ford’s official production of the electric truck and Bonner even received a special shout-out from Ford CEO Jim Farley.

Certainly one of the most unexpected prizes for playing musical chairs. 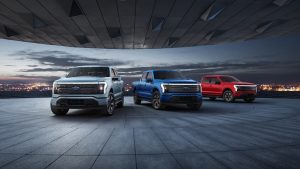 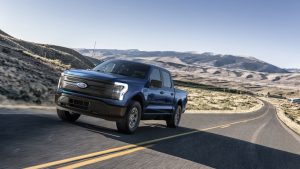