Debates never get old, do they? One person likes vanilla, the other one likes chocolate. Neither of which are bad flavors, but the chocolate lover will do everything they can to persuade the other why vanilla is awful, while the vanilla lover wonders how you could ever like something like chocolate? That may be downplaying this topic a little, but when it comes to forced induction on an engine, you might be wondering if it’s that much different between the two, or if you haven’t tried one and don’t know what you’re missing out on.

There are pros and cons when it comes to superchargers and turbochargers. Both have the capability of producing some pretty substantial horsepower figures in smaller engines, and even more monstrous numbers when you get into the heavyweight category. While the use of forced induction has become more widespread in recent memory, is one better than the other?

What is A Supercharger? How Does it Work?

Even non-gearheads are familiar with the term supercharger, but if you were quizzed on this topic, could you provide a definitive answer? If not, here’s your cheat sheet. According to How Stuff Works, a supercharger is any device that pressurizes the air intake to above atmospheric pressure. What differentiates a supercharger from a turbocharger is where the two devices receive their source of energy.

In a standard combustion engine, it dedicates one stroke to the process of air intake, causing three things to happen:

When you’re able to get get more fuel into the charge, naturally, it causes a more potent explosion, but it’s not as simple as pumping more gasoline into the engine. You need the precise amount of oxygen to burn a specific amount of fuel. That’s where the supercharger comes in.

The primary objective of a supercharger is to increase intake and compress air above atmospheric pressure and therefore increase intake air mass. As it compresses more air into the induction system than the engine can use on its own in one revolution, pressure, or boost, is created before the intake valves. With the extra air, it allows more fuel to be added, therefore increasing engine power.

What is A Turbocharger? How Does it Work?

One of the many reasons auto manufacturers are opting to turbocharge their newest vehicles is because they’re efficient. It’s made up of two halves joined together by a single shaft. On one side of the turbo, exhaust gases spin the turbine, which is connected to another turbine that sucks in air and compresses it into the engine. So, what does that mean exactly?

Compressing the air into the induction system is what provides the engine with extra power and efficiency because of more air going into the combustion chamber. This means more fuel can be added for additional horsepower. Turbochargers are sometimes referred to as “free power.” Unlike how a supercharger operates, the hot and expanding gases from the engine powers the turbocharger.

Engines typically experience power loss at higher altitudes. However, turbochargers can help and the engine compensate as they move up in the atmosphere. Higher altitude means the engine has a difficult time getting oxygen due to the thinner atmosphere. So, how does a turbo get around this problem? It simply forces the oxygen into the combustion chamber. More air, and therefore more oxygen. In some cases, at two times the pressure of the atmosphere.

While many people are under the impression that a turbo alone is what boosts fuel economy, that’s not true. Manufacturers achieve improvement with fuel economy ratings is by using a smaller engine and relying on the turbocharger to increase the power output. A smaller turbocharged engine yields similar performance figures as a larger naturally-aspirated engine. Due to its smaller stature, it uses less fuel.

It all begs the question – what’s better?

Each application boasts some advantages and disadvantages. The most obvious disadvantage a turbocharger faces is “turbo lag.” When you push deep into the throttle, you’ll notice a slight delay in response because a turbocharger requires a moment to “spool up” before delivering full power. It takes a moment for exhaust pressure and heat to increase enough and spin the turbo.

On the contrary, a supercharger has no lag. This is because the air pump is linked to the engine’s crankshaft, meaning it always spins and provides instant response. You’ll notice an immediate throttle response as you press down the accelerator with a supercharger.

The primary con of a turbocharger is its turbo lag, but with the supercharger? It’s inefficient. Since a supercharger uses the engine’s power to spin itself, it drains more and more power higher in the RPMs. Supercharged engines are generally less fuel-efficient, which is essential for manufacturers today.

Supercharger Vs. Turbocharger: The Winner

Admittedly, this is subjective, solely based on needs. If you’re building a 717 horsepower monster like a Hellcat, fuel efficiency is the last thing on your mind. You’re looking to get down the track as fast as possible to achieve the best quarter mile time. If you’re looking to drive a car across the country, unless you’re trying to rack up speeding tickets along the way, you’re going to opt for efficiency.

The winner? Well, that’s application-dependent, but auto manufacturers put turbochargers in their cars for a reason. At this point, with rising fuel prices and the internal combustion engine becoming extinct, fuel efficiency is king. If you’re building a race car that requires quick throttle response, a supercharger might be the better route, but for everyday driving? A turbocharged vehicle gets the trophy every time.

Turbochargers have allowed automakers to replace their gas-guzzling naturally-aspirated V6 engines with inline-fours. All of which offer the same power, but fuel economy has shot up dramatically. We shouldn’t have any disdain toward the little engines – besides, they’re still gas-burners, after all. 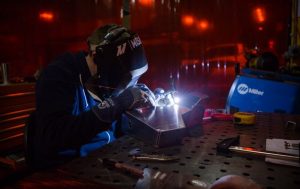 Did You Know? You Can Replace That Plastic Coolant Tank with Something Better 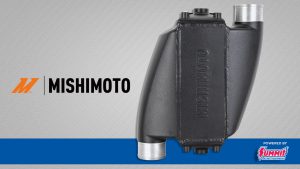 Air-to-Water Intercooling is Better…Here’s Why