Record-Setting SSC Tuatara Wrecked On Way To Another Record Attempt

Remember the SSC Tuatara worth $1.9 million that set a record as the world’s fastest production car earlier this year? Well it’s wrecked. And it happened without anyone behind the wheel.

The supercar was being trailered to Florida for another shot at a record when the carrier it was in tipped over. The carrier was blown over from high winds in Utah and the SSC Tuatara appeared to have sustained significant body and glass damage. The Drive talked to SSC owner, Jerrod Shelby, who confirmed luckily most of the damage was cosmetic and the car is currently undergoing repairs.

The Tuatara hit its current record in January with a 282.9 mph average on the Space Shuttle landing strip in Florida after the original run in October 2020 was contested when the calibration of the timing equipment couldn’t be confirmed. Nonetheless, SSC is confident the 1,750 HP car can break the 300 mph barrier and there will be another attempt at an undetermined date. 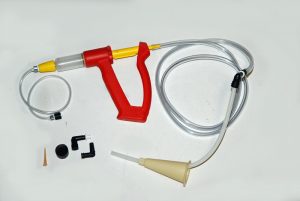 There’s A Right Way to Replace Those Crusty Brake Lines