Those familiar with Ram’s 1500 Built to Serve special edition trucks know that the automaker produces these vehicles in honor of those who serve, or who have served in their communities. Initially, the Built to Serve campaign was directed towards each branch of the military, which included limited-edition trucks honoring the U.S. Army, the Air Force, Navy, Marines, and Coast Guard.

Now the automaker has announced the first Built to Serve model of 2022 in honor of firefighters, with recognition to police officers and paramedics/EMTs to follow.

This firefighter edition of the Ram 1500 comes in Redline and Diamond Black with a U.S. flag decal with a “Built to Serve” written underneath. It will also be outfitted with a 4×4 Off-Road Group package that includes all-terrain tires, hill-descent control, electronic-locking rear axle, various skid plates, calibrated shocks, and tow hooks.

You Could Inspire The Design of Ram’s First Electric Truck 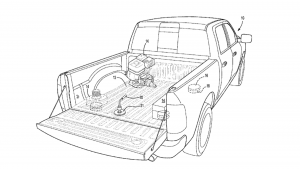