For some strange phenomenon, Florida is where some of the impossible become possible. Recently the Tallahassee Police Department shared a video of when driving under the influence goes wrong.

The video shows a blue Mustang engaged in a vertical climb against a power pole with none of its wheels touching the ground. Although the driver was under the influence at the time of the accident, thankfully, no one was hurt. However, the Mustang landing back on the pavement did sound a bit painful.

“While we are thankful that everyone involved in this weekend’s incidents walked away unscathed, it is never okay to drive under the influence,” says the Tallahassee PD. “Not only could you be featured on our social media like this guy, you could get arrested, physically harm yourself or others, or end someone’s life (including your own). Oh, and you could also end up wrecking your shiny new Mustang.”

But how exactly did the Mustang end up like this? According to the driver he was out with his friends before driving up the curb and, “went up there.”

We’re not sure which took more damage: the driver’s car or his pride. 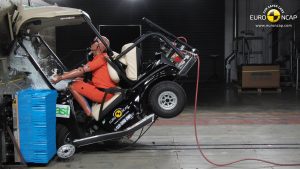 Chasing a Unicorn: How One Man Finally Caught Up to “Eleanor” the Rare & Elusive Mustang GT500 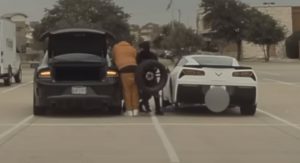 Thieves Spotted Stealing a Corvette’s Wheel in Under a Minute 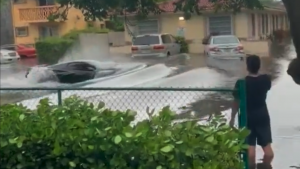 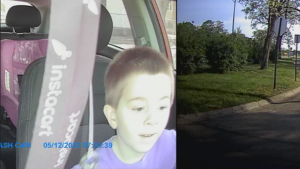 7-Year-Old Swipes His Parents’ Car Keys to get a Slushie. Doesn’t End Well. 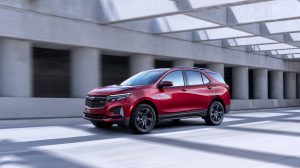