California Will Ban New Gas and Diesel Cars By 2035

Electric vehicles will soon be the new normal in California. Governor Gavin Newsom has just signed a ban on the sale of new ICE vehicles by 2035. This means in the near future, dealerships will be full of nothing but zero-emissions cars.

Newsom ordered regulators to phase out the internal combustion engine and ban the sale of all new gasoline-fueled cars after 2035. This makes California the first state in America to impose such a law which will have such an impact on automakers.

As of now, the industry depends on gasoline-powered vehicles but that will no longer be the case as automakers are rapidly producing new EV models including Tesla, Rivian Automotive, and Lucid Motors Inc.

“Transportation is responsible for more than 50 percent of California’s greenhouse gas emissions. Eighty percent of smog-forming pollution. And 95% of toxic diesel emissions,” Newsom said. “California will be leading the nation in this effort—joining 15 other countries that have committed to phasing out gasoline-powered cars. We will use our market power to push zero-emission vehicle innovation and drive down costs for everyone.”

Newsom specifically targets the sale of new vehicles and has not mentioned forbidding the transfer of existing ICE vehicles. Furthermore, there will be more lenience granted to commercial vehicles, which will be granted another decade (2045) to switch to zero-emissions power. 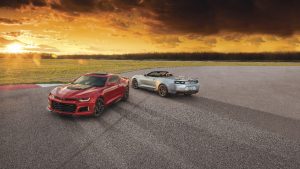