Ah, it’s that time again. Another inch closer to finding out the exact specifications of a highly-anticipated truck. The 2022 Toyota Tundra is set to make its official debut later this year, and information about the newest model is trickling into Toyota dealerships across the country.

Those familiar with the brand understand what it’s capable of. Toyota has produced not just one but two million mile Tundra’s, which have become world-renowned in the industry. Despite sticking with their tried and true 5.7L V8, the 2022 model is set for a complete overhaul. If the rumors are accurate, we can start waving goodbye to the classic V8.

What do we know so far about the 2022 Tundra? We know that the exterior is set to receive a massive facelift and new engine. The tired exterior of the current generation, albeit nice, hasn’t seen a significant revision since 2008. Since then, the competition, like Ford F-150 and Dodge Ram, have been fitted with a luxurious interior and upgrades that are leaps and bounds above the competition. The Tundra has focused on its reliability, but sales have taken a noticeable plunge.

In 2020, Tundra sold a mere 109,203 units, a far cry from the 196,555 they sold in 2007. The 2020 numbers were only better than the Nissan Titan, which stands at the bottom of truck sales in the United States. However, Toyota enthusiasts are eagerly awaiting the new release. Dealers are raving about the third-generation truck and have gone as far as saying it’ll beat out the most popular truck in the country – the Ford F-150.

Toyota National Dealer Advisory Council Chairman Robby Findlay has gone on record to say the new Tundra is “the most exciting thing they’ve seen in the last five-plus years.” Findlay also noted that “they’ve been waiting for so long for the new model, and the potential of the full-size truck segment in the country is undeniable.” The best-selling vehicles in the country last year were full-size trucks, proving that Toyota is gearing up for something big.

Although it’s unconfirmed to this point, reports have indicated the truck will premiere later this year and will be powered by a twin-turbo V6. It could come with a hybrid option to improve torque, power, and fuel economy.

The Tundra will ride on Toyota’s new global body-on-frame, which will carry the new Sequoia in 2022, and the new 4Runner & Tacoma in 2023. Toyota has been tight-lipped about the suspension but could be moving to six-lug wheels to improve on the current model’s weak 10,200-pound tow rating. The truck is likely to get Toyota’s Safety Sense Drive assistant tech standard and the newest infotainment system. Unfortunately, with these added features, you can expect an increase in price.

It’s hard to dispute the current generation Tundra’s charm – that isn’t the question here. However, in a market as competitive as full-sized trucks, the pressure to drastically improve each year is huge, and it’s something a brand as established as Toyota has failed to do so far. The Tundra entered production in 2006 and pales in comparison next to the Big Three in capability, efficiency, and luxury.

As a dealer and marketing team, it’s your job to amp up the release. Saying the truck will beat out Ram or Ford may be to generate headlines – it’s working. If Toyota can get their latest Tundra back into the Big Three discussion, it could lead to big sales – and even bigger profits. 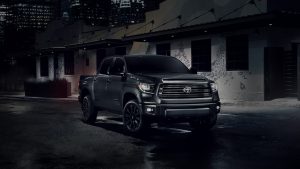 What We Know So Far About the 2022 Tundra 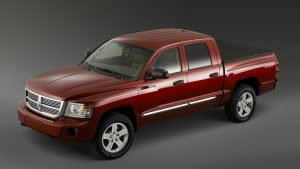 Why Did the Rumored Ram Dakota/Jeep Gladiator Idea Get Shot Down?