2022 Toyota Tundra Drops its V8 For This

Even if you aren’t a Toyota enthusiast, you’ve likely been intrigued by their approach toward the new 2022 Tundra. There have been whispers of what the new Tundra would use as its powerhouse. Rumors swirled for about a potential twin-turbo V8, making its rounds in the fan boards to hype Toyota groupies and other enthusiasts whose brand ditched the V8 Well, we found out that Toyota went in a different direction.

The slow burn finally reached its climax with the latest Tundra, and we now know they’ll be using a variation of 3.5L twin-turbo iForce V6 engines, similar to Ford’s F-150. The V6 powertrain options are both more powerful than the 5.7L V8 used by Toyota forever with its 381 horsepower and 401 pound-feet of torque.

The standard iForce boasts 389 horsepower and 476-pound-feet of torque. The iForce Max adds an electric motor, boasts 437 horsepower and 583-pound-feet of torque, and is paired to a 10-speed automatic transmission. The truck means business, and Toyota says the trucks can operate in all-electric mode for short distances up to 18 mph. Fuel economy ratings have yet to be delivered, but we know it offers a top tow rating of 12,000 pounds in the SR5 Double Cab with rear-wheel-drive.

The new Tundra marks the first significant redesign since 2007. It features a much boxier and rugged style than its predecessor. At first glance, it’s admittedly hard to accept the change, but we assume it’s one of those things that will grow on us with time. All Tundra’s will come equipped with the latest Toyota Safety Sense package, including collision avoidance steering assist, emergency braking, adaptive cruise control, and lane-departure prevention.

The powerhouse upgrades were the most sought out piece of information, but another stand-out is the switch from a leaf-spring rear suspension to one that uses coil springs, similar to the Ram 1500. It’ll help improve the once notoriously bumpy ride of the Tundra and its handling.

The 2022 Tundra interior also sees a significant update, including a massive 14.1-inch infotainment system display. It’s equipped with Apple CarPlay and Android Auto integration and replaces the previous eight-inch screen. Some trims will also be equipped with a 360-degree camera for overhead views for parking and towing.

The 2022 Tundra looks to be a serious contender in the crowded and competitive truck market. Although Ford has dominated year in and year out with its F150, Toyota is confident their latest rendition is worthy of the nod of the best-selling truck. Some enthusiasts may be upset with the brand for dropping its V8, but time will tell us how it performs. 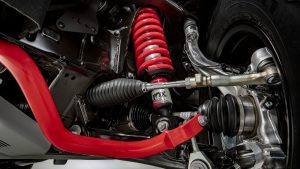 The 2022 Tundra Will Have These Features

Will the 2022 Toyota Tundra Actually “Blow Us Away?” 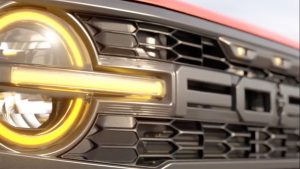