Delivery drivers have always worked hard to get people their packages on time through inclement weather, traffic, etc. Since the pandemic began and people relied more on delivery services to avoid leaving their homes, the demand has increased dramatically for drivers. UPS alone reported delivering an insane 20 million packages per day last year.

Residents of Dauphin, Pennsylvania recognized how hard their local driver, Chad Turns, was working and wanted to say thank you. Jenny Shickley is a local teacher who got together fellow residents to organize a surprise party and create a community PayPal fund which ended up raising over $1000. Along with the money raised, they gave Turns a giant thank you card and a bag of dog treats to stock his truck with to hand out along his route.

The small town of Dauphin reached out to the local UPS dispatch to make sure that Turns had a delivery at the fire station where they had everything set up. Turns drove up to the neighbors all cheering him on with homemade signs and balloons.

Local neighbor Adam Shickley was asked by Fox40 news why they decided to go out of their way for Turns. He replied, “Chad once thought an unwrapped box was a gift for my children, and he didn’t deliver it until he could hide it in the garage, letting me know he didn’t want to ruin a surprise. We just think his caring and compassionate attitude is something we wanted to reward. He’s one in a million.”

One of the residents posted Turns’ reaction video to Facebook and it’s gotten a lot of attention online. We love to see stories like this where good people get recognition.

How A Face Mask Cost This Driver A $500 Fine 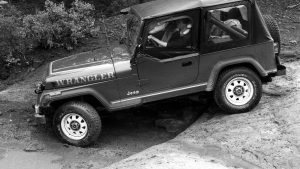 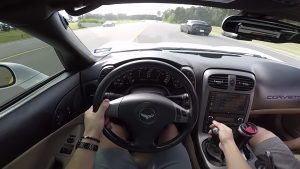 Old Guy In A Hellcat Shows Up Younger Vette Driver!

A 100-Car Pileup Traps Drivers, Shuts Down Interstate In Fort Worth