We recently shared the news that California was banning combustion engines, essentially telling us how we can move forward with our lives and creating more problems for us to get the fast car we want.

The clip showed Governor Newsom signing the executive order on the hood of a Ford Mustang Mach-E, transcending into the future, or so they say. New Jersey announced carbon reduction of 80 percent by 2050, and now, Massachusetts has followed suit by banning the sales of new cars with combustion engines by 2035.

By 2035, Massachusetts plans to ban the sales of new cars powered by gasoline and other fossil fuels, in accordance with the state’s 2050 Decarbonization Roadmap. However, as to be expected, there’s an asterisk with this kind of plan because it’s unfeasible to remove all combustion engine vehicles from the road, even with a more than a decade head start.

Although the proposed regulations ban the sale of new cars, you can still purchase used gasoline or diesel-powered vehicles, and buyers can still buy traditional vehicles from a used car lot. However, auto manufacturers will not have the ability to sell anything new that requires a trip to a gas station.

The Massachusetts lengthy roadmap describes that 27 percent of local emissions stem from light passenger vehicles, and eliminating them is just a single component of its plan toward carbon neutrality by 2050. In addition to the stringent laws, the state wants to implement a flexible approach for large trucks, buses, or other equipment where alternatives could be costly.

The report goes further and focuses on zero-carbon fuels, which isn’t an entirely new theory floating around the auto world as many are looking to invest. Porsche comes to mind as a manufacturer seeking substitutes to directly replace fossil fuels. Although a viable alternative doesn’t exist, in the future, Massachusetts has mentioned keeping an open mind about biofuels to replace its reliance on fossil fuels, from natural gas to jet fuel.

The priority is for renewable forms of energy, which might be challenging due to the need for a fortified electricity grid for the expanded use of home chargers and public charging stations.

With another one down, we’re sure to see others follow in these state’s footsteps in the future. Unfortunately, for hardcore car enthusiasts and builders, this has been a hot topic nationwide. Still, it seems that some states are waging war against the tried and true technology of combustion engines, despite their advances in fuel economy and emissions over the past several years.

It’ll be challenging adapting to these new restrictions and regulations, especially if it goes against your beliefs. In the meantime, let’s enjoy the technology that’s allowed us great freedoms over the past century.

Gas-Powered Lawn Equipment Soon To Be Illegal In California 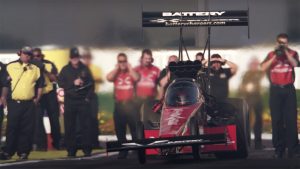 California Pushes the NHRA All the Way to Indiana