If Your Vehicle’s This Color, It’ll Hold Value Longer

You might have wondered if the color you chose would hold its value, and now, we can officially give you that answer. There is one color that translates to fatter green stacks upon trade-in.

As we discussed in a previous article that talks about the paint vs. patina dilemma, painting your classic ride isn’t always the right choice to increase its value. However, we also mentioned that, ultimately, it comes down to preference. If you want that old patina rust bucket to get a glossy coat of paint, more power to you, but a study released by iseecars.com found the automotive marketplace has one car color that depreciates slower than others.

Now, it’s probably not what you guessed, but iseecars.com found that yellow vehicles hold their value longer than others. If it came a bit as a surprise, don’t worry, and we understand if you aren’t running out and throwing your money around to purchase a yellow car.

Depending on the application, yellow isn’t always a winning combination, but we know of an old 1968 Ford F250 Camper Special that sure looks pretty sweet draped in yellow. It’s kind of hard to compare a classic truck to a modern vehicle. Although it’s not a bad color by any stretch, it probably isn’t our first choice on a new car, except maybe a Corvette.

The analysis found that out of nearly six million transactions that took place, the average depreciation was 37.6 percent. Gold was in last place with a depreciation average of 45.6 percent, while white, black, purple, and brown wrapped up the bottom portion of the list. Beige, orange, green, and gray round out the top five.

Despite yellow ranking number one, it didn’t pull its weight in all vehicle segments. It was in first place for sedans, coupes, and SUVs. Red was best for convertibles, beige for trucks, and blue for minivans.

Now, we know that you probably won’t be running out and buying a yellow car solely based on its depreciation value, but it is nice to know if a yellow car is high on your list, you’ll be able to resell it in a few years without the constant worry of losing significant sums of cash on a depreciating asset. 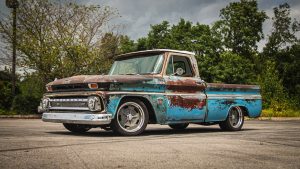 Settling the Debate of Paint Vs. Patina With a Paint Specialist 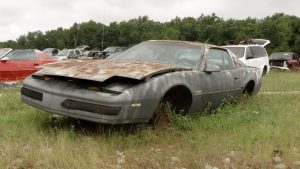 9 Tips On How To Select A Junkyard Build

Is the ’68 Javelin More Valuable Than the ’68 Mustang? 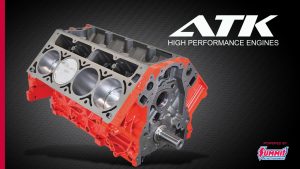 Looking For a New Steering Wheel or Solid Foundation For Your Engine?